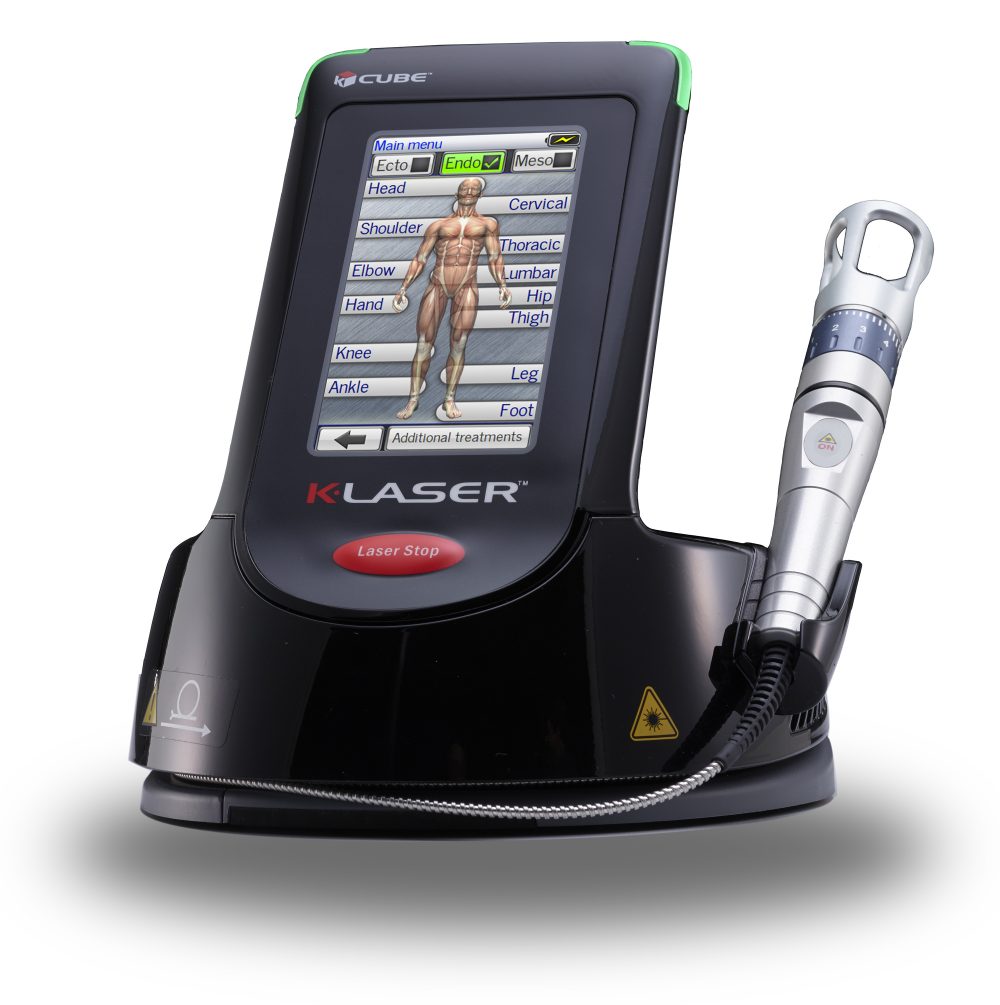 Effect of Pulsed High-Intensity Laser Therapy on Pain, Adhesions, and Quality of Life in Women Having Endometriosis: A Randomized Controlled Trial

Conclusions: Pulsed high-intensity laser therapy is an effective method of pain alleviation, reducing adhesions,
and improving the quality of life in women with endometriosis.

Endometriosis is among the most common gynecological problems affecting females of childbearing age. It occurs regardless of race or ethnicity and is marked by the growth of ectopic endometrial tissue,1 which occurs when the endometrium that normally lines the inside of the uterus grows outside it. The tissue responds to the menstrual cycle in the same way as if it had remained in the uterus,2 building up,
breaking apart, and bleeding at each cycle. Unlike normal menstruation, however, the blood cannot be discharged, resulting in inflammation and swelling of the tissue, possibly producing scar tissue together with pain and adhesions, as
well as infertility.3,4. There is no correlation between the degree of severity of the illness and how severe the symptoms are, as more severe
symptoms can occur in relatively mild cases of endometriosis.5 Mostly, the pain is localized in the lower abdomen and deep pelvis. It is often described as a dull, aching pain, which patients in severe cases may suffer throughout their cycle.6 A relationship between infertility and endometriosis is known to exist. The path of the egg to the uterus may be completely blocked by scarring, but fertility can be impaired even in milder cases.7 Approximately, one quarter of women who had a laparoscopy due to pelvic pain were diagnosed with
endometriosis, while it present in 20%, of infertile women, and it fell to 4.1% in women who had received tubal legation.6,8 Currently, laparoscopy is the only effective means of diagnosing endometriosis to determine the degree of adhesions, which are rated as minimal, mild, moderate, and severe9,10 by the American Society for Reproductive Medicine. Endometriosis is present in about 10% of women of reproductive age, with the incidence increasing in middle aged women.11 The spectrum of possible symptoms is wide and may include dysmenorrhea, dyspareunia, chronic pelvic pain, and pain related to ovulation, varying with the form and locus of endometrial foci.12–14 It can result in fatigue, infertility, abnormal bleeding from the uterus, and problems with the bladder and bowel. It also has negative effects on
quality of life, impacting on social life, and work as well as on reproduction and ability to have a family.15,16 Additional symptoms which may develop include allergies, fibromyalgia, asthma, eczema, autoimmune inflammatory disease, chronic
fatigue syndrome, and hypothyroidism,17 as well as in women diagnosed with the disease after the age of 40, an increased risk of breast cancer due to prolonged exposure to raised levels of endogenous aestrogen.18 Treatment goals for endometriosis include pain alleviation,
preserving fertility and minimizing adhesions. The most common reason for a woman to seek treatment is pain alleviation.19 However, the ideal medical treatment remains to be developed. All treatments presently available have side effects, and there is no medical therapy effective in improving fertility.20,21 Retrospective findings show poor long-term symptom reduction from the medical and surgical treatments commonly available, and each is associated with numerous side effects.22 Medical treatment mimics physiological states; when treatment ends, the symptoms often reoccur; often as early as 6 months after the end of treatment.23 As medical therapies and surgery require repeated follow-up and have side effects, it is common for patients to resort to low-cost methods that are both nonmedical and nonaggressive.24 Pulsed high-intensity laser therapy (HILT) penetrates deeply into the tissue, causing chemical and mechanical
changes as well as inducing thermal mechanisms.25 HILT fields have physical properties that may be responsible for observed profibrinolytic effects, including mechanical and thermal effects. HILT is quick to reduce inflammation and
painful symptoms.26 It uses a specific waveform, in which regular amplitude peaks and shot time produce photochemical and photothermic effects in the deep tissues, resulting in increases in blood flow, vascular permeability, cell metabolism, and the tissue’s photomechanical level, attaining very fast application times.27 Therefore, this study aims to determine the effectiveness of pulsed HILT on pain, adhesions,
and quality of life in women with endometriosis.

For the full article please write to us at info@theformpractice.com